The first time I did ‘The Candy Girl’ was in the Cure Café in 2015. I had to produce something with food or drinks or anything related to a Café where you could be ‘cured’.

The Paris attacks just happened two weeks before our Café and I found a piece of text Steven Hawking wrote as a reaction to this terror. According to him, we must overcome our fear and aggression to be able to beat IS. Rather than pursuing political goals with weapons. Hawking puts all his hopes on empathy. “The human quality that I would like to strengthen is empathy,” he explains. “It unites us in a peaceful and loving state.” (Source: http://www.demorgen.be/buitenland/dit-is-het-antwoord-van-stephen-hawking-op-de-terreur-van-is-ba883c31/OcO4Q/)

This was my inspiration: Can we force ’empathy’ upon the public while entering the Cure Café?

But what if people do want to have the choice to be different than empathic? Because maybe they are too empathic all the time?

‘The Candy Girl’* at the entrance of the café. Instead of giving a stamp they have to let themselves be injected with “empathy” or “fear” or “love”. Their own choice.

So what if I would dress up as a terrorist, giving you the choice between “love”, “empathy” and “fear”? Maybe a bit too easy, possibly too tricky as well too soon after the attack in Paris.

As the politicians are kind of deciding whether to retaliate with violence or not. Is this retaliation based upon fear? How about dressing up as a politician and giving the public the choice between “fear”, “love” and “empathy” – and the politician is injecting the people with it?

‘The Candy Girl’ dressed up as a politician, asks you at the entrance:

“In what state of mind would you like to experience the rest of your evening in the Cure Café? With “empathy” or “fear” or “love”?

The visitor make his or her choice and gets confronted with medical questions they are obliged to answer. Depending the choice they made, the questions are different. If the choice is a go and they fit the medical requirements, the syringe with the proper liquid is emptied in their mouth.

The second time I was asked to do it at Taak, in the start of the new year, where they presented their new plans to the world. People then could choose between ‘A Love Rush’ or a ‘Cool Down’.

The third time I was asked to do it at the Open Day of the Sandberg Institute. I created a DIY set up. So people were allowed to empty the syringe in their mouth themselves. When I returned only 5 syringes were left. I was totally amazed. People basically empty a liquid in their mouth while not being certain about the ingredients. Why would we do that? First it is in syringes, which would warn me already as a syringe does not look very friendly. Additionally, you are being asked quite intimate medical questions whether you use psycho active medication or medication to lower your blood pressure and then still you empty the syringe in your mouth?

The fourth time I was asked to do it was at the launch of NeverNeverland in September 2016. There we decided to go all the way with a maximum amount of chemicals for an extreme ‘Love Shot’.

These ‘Love Shots’ contained 2 grams of Phenylethylamine, also known as ‘Love dust’. The effect, if taken in such high dose, seems to be a blend of thc and MDMA. Some noticed positive effects are an increased focus, a bodily tingle, you become very talkative, you are feeling waves of warmth, you experience a strong euphoria, it reduces your anxiety and you obtain an altered perception. While if you use MAO-B inhibitors you might experience some negative effects like sweating, nausea, an increased heart rate or blood pressure as well as a mild tightness in the throat. Phenibut or baclofen can be used at anytime to reduce any side effects if too strong a dose is taken. Phenylethylamine is an amino acid you can just order online at a vitamin store. They deliver it in capsules. I turned the powder into liquid with the use of warm boiled water and sirup for the color.

*The Candy Girl is based upon the idea of the ‘candy girls’ we had running around in the nineties in clubs like the IT and the Roxy in Amsterdam, the Netherlands. Most of the time they were drag queens and selling gum, candy and sometimes even poppers, while walking around in the club with their products in front of them on a kind of plateau in front of their tummy.

Water in my Face 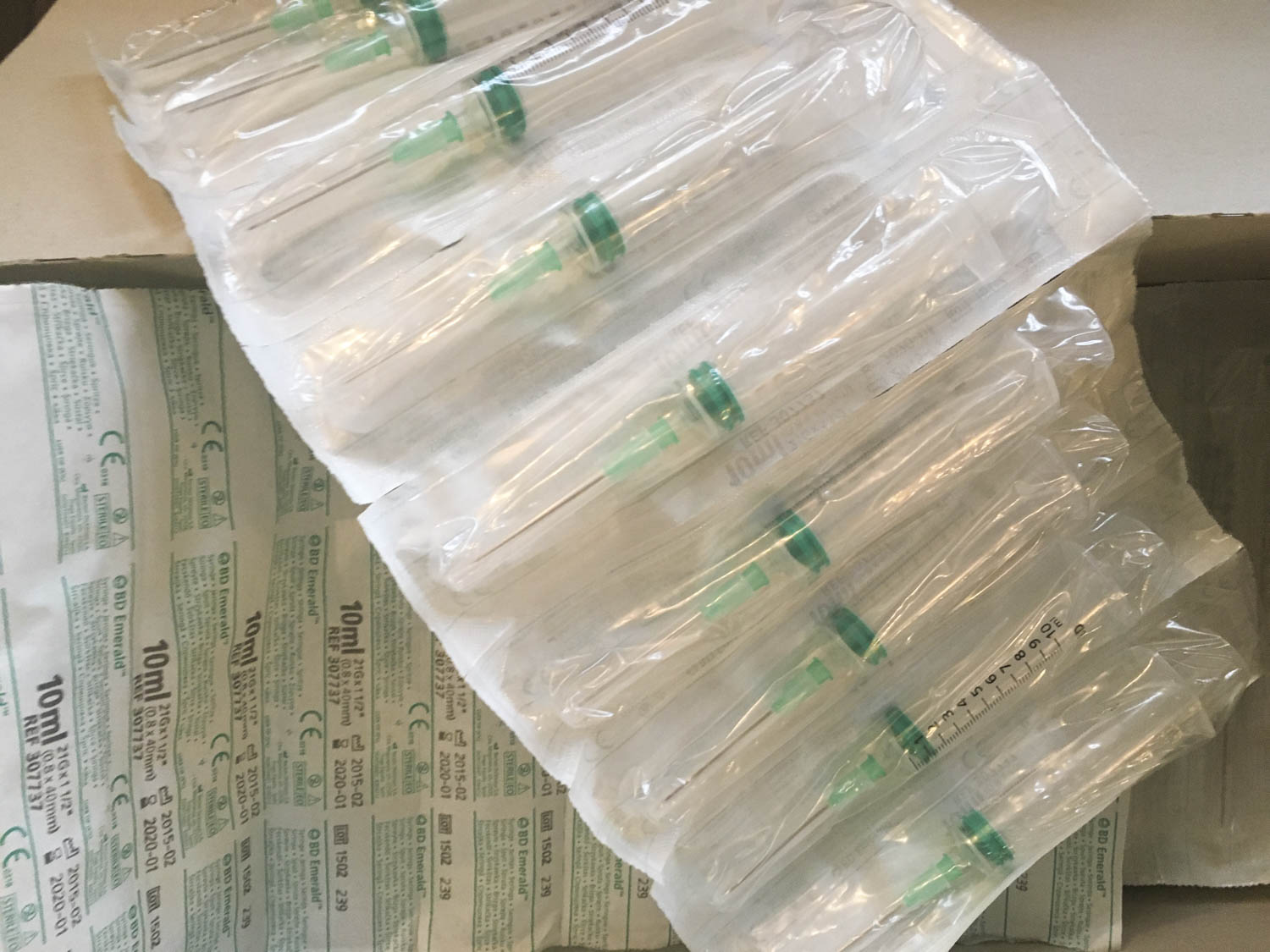 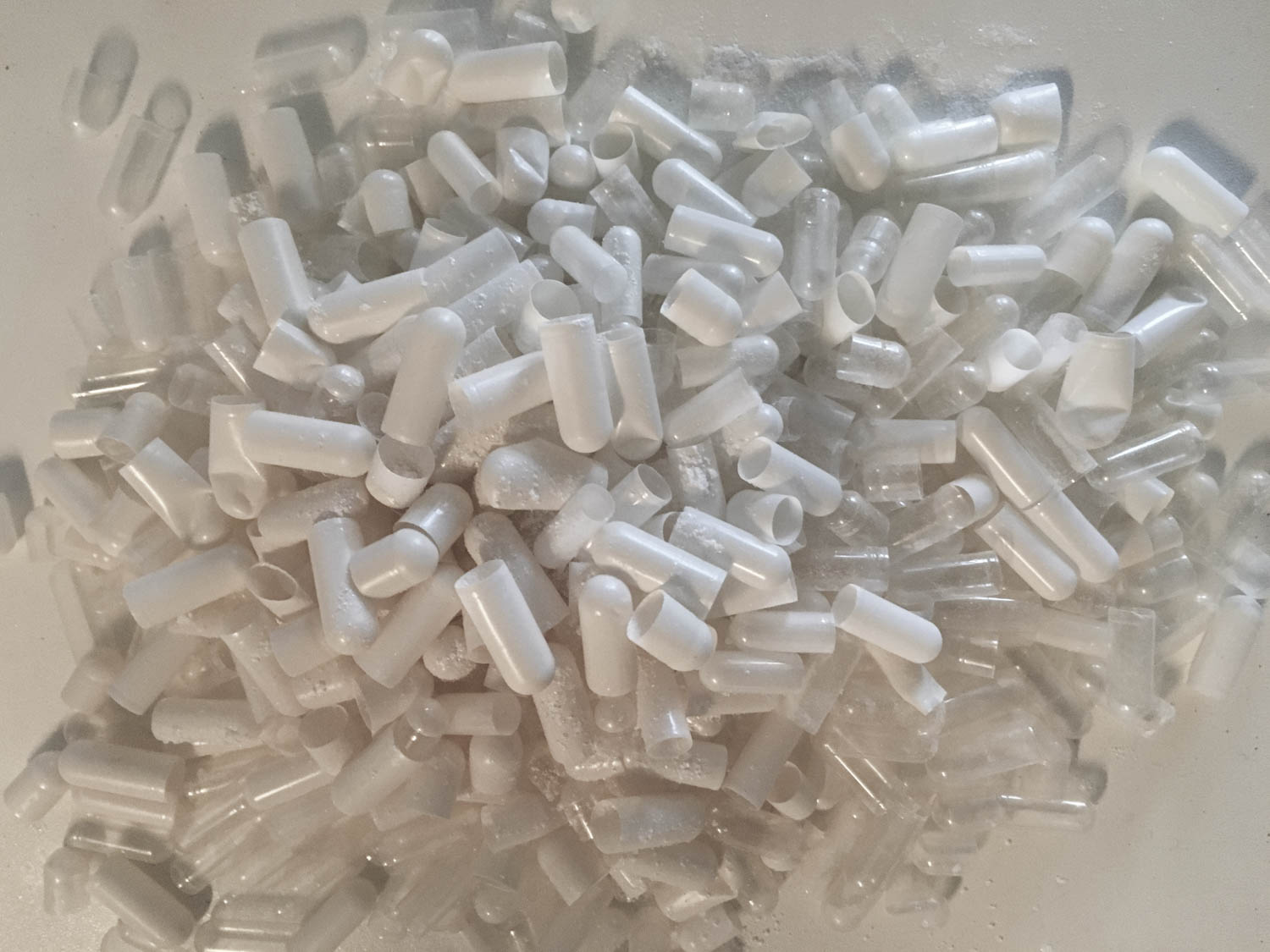 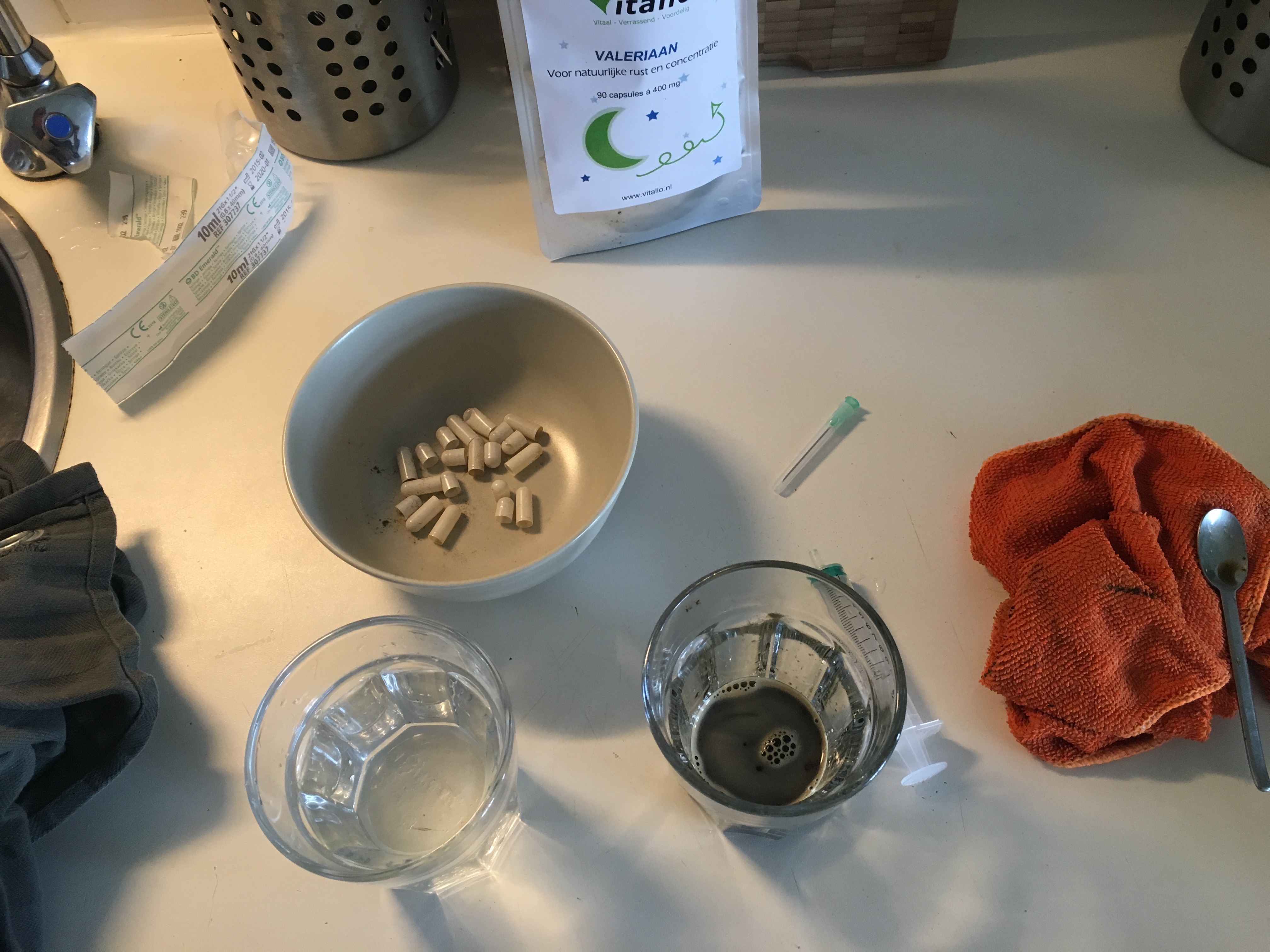 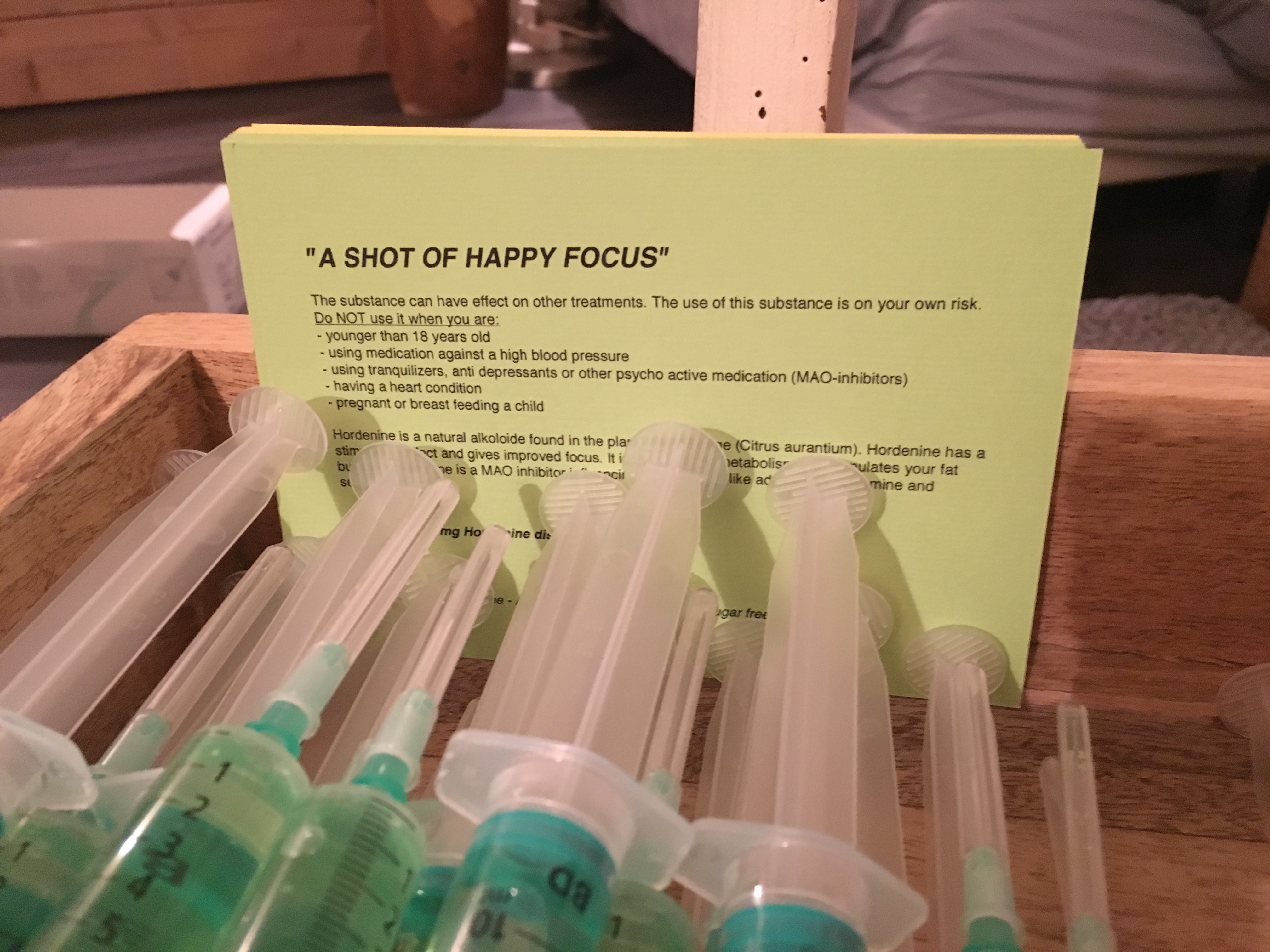 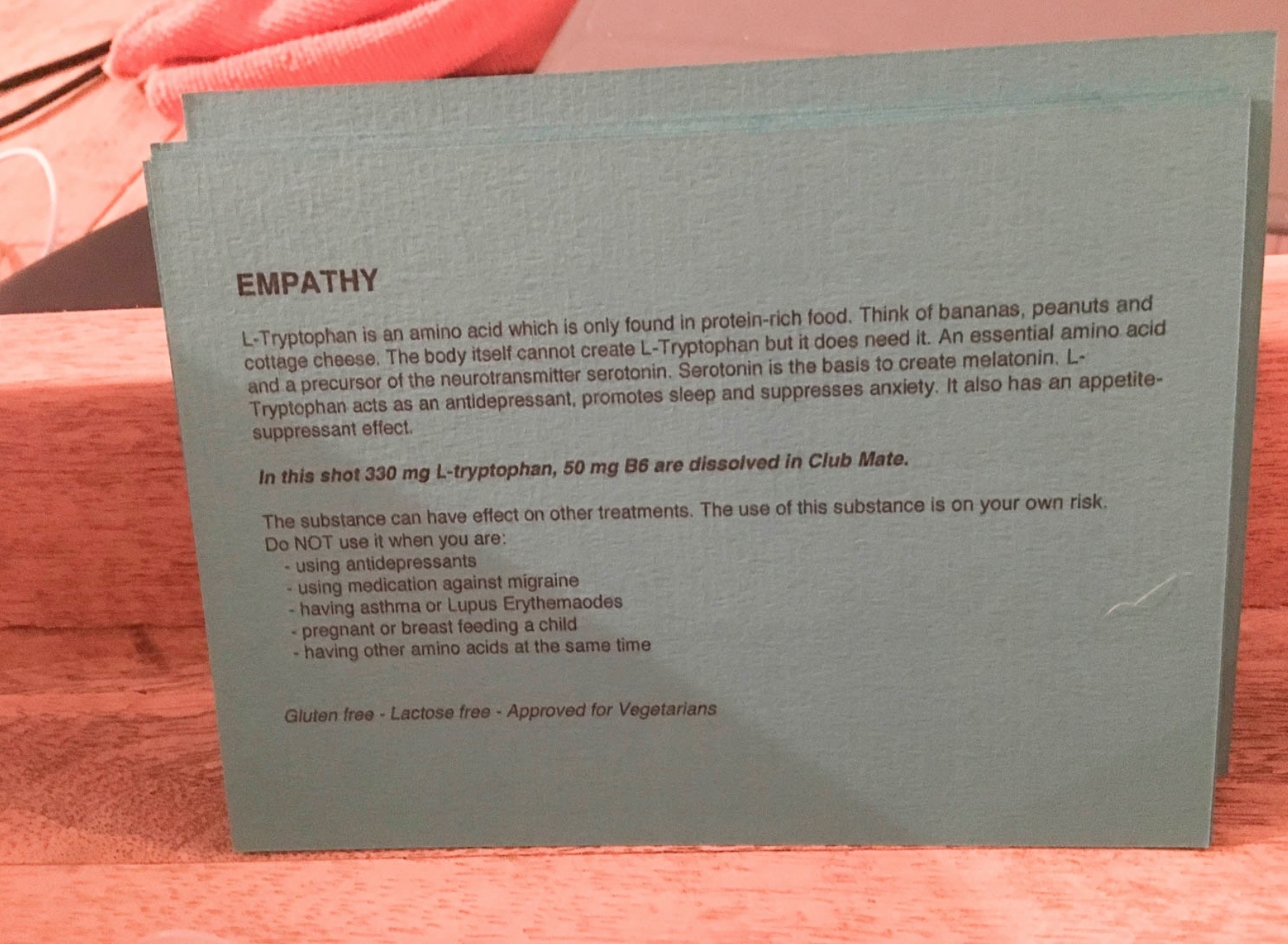 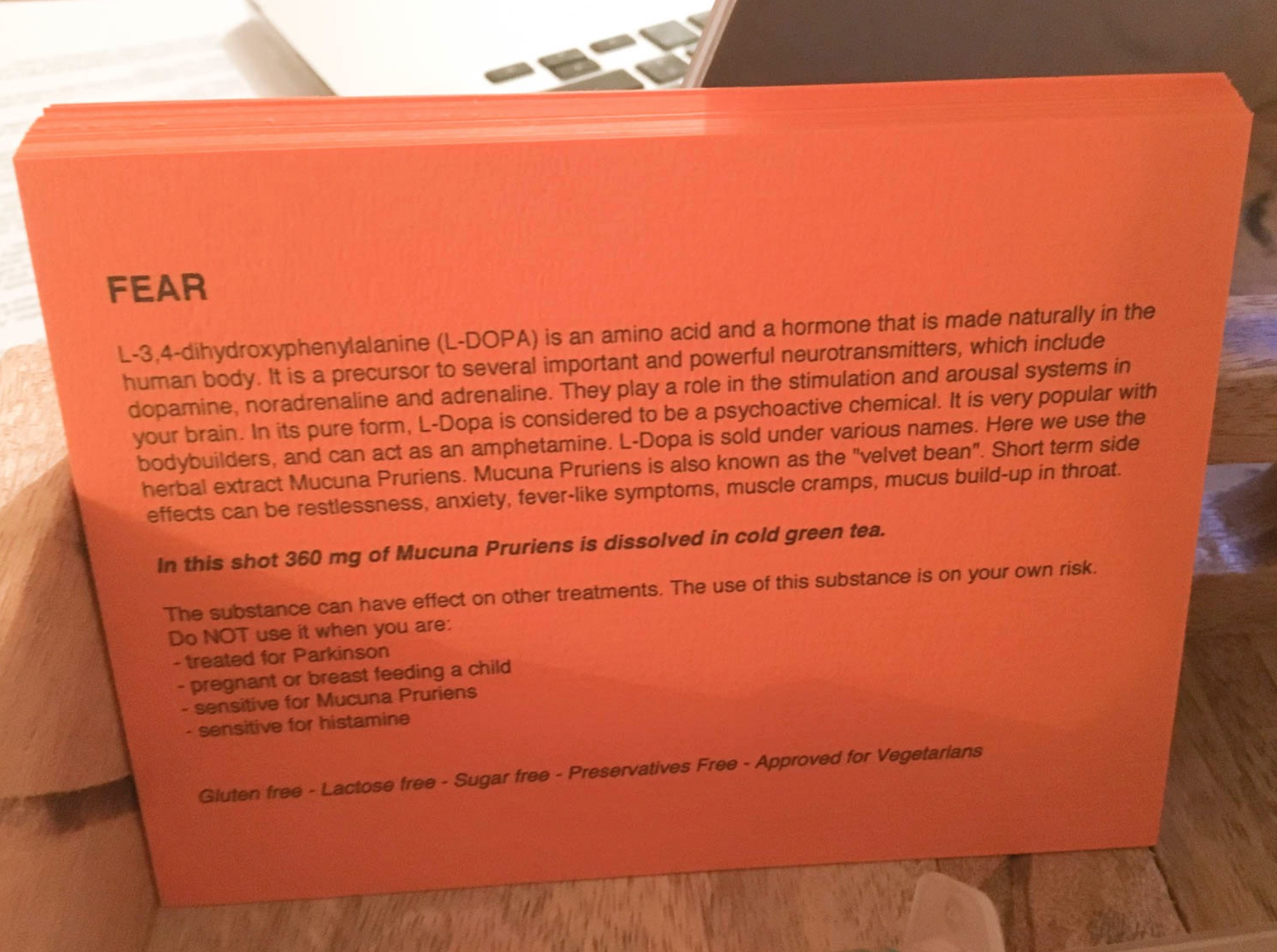 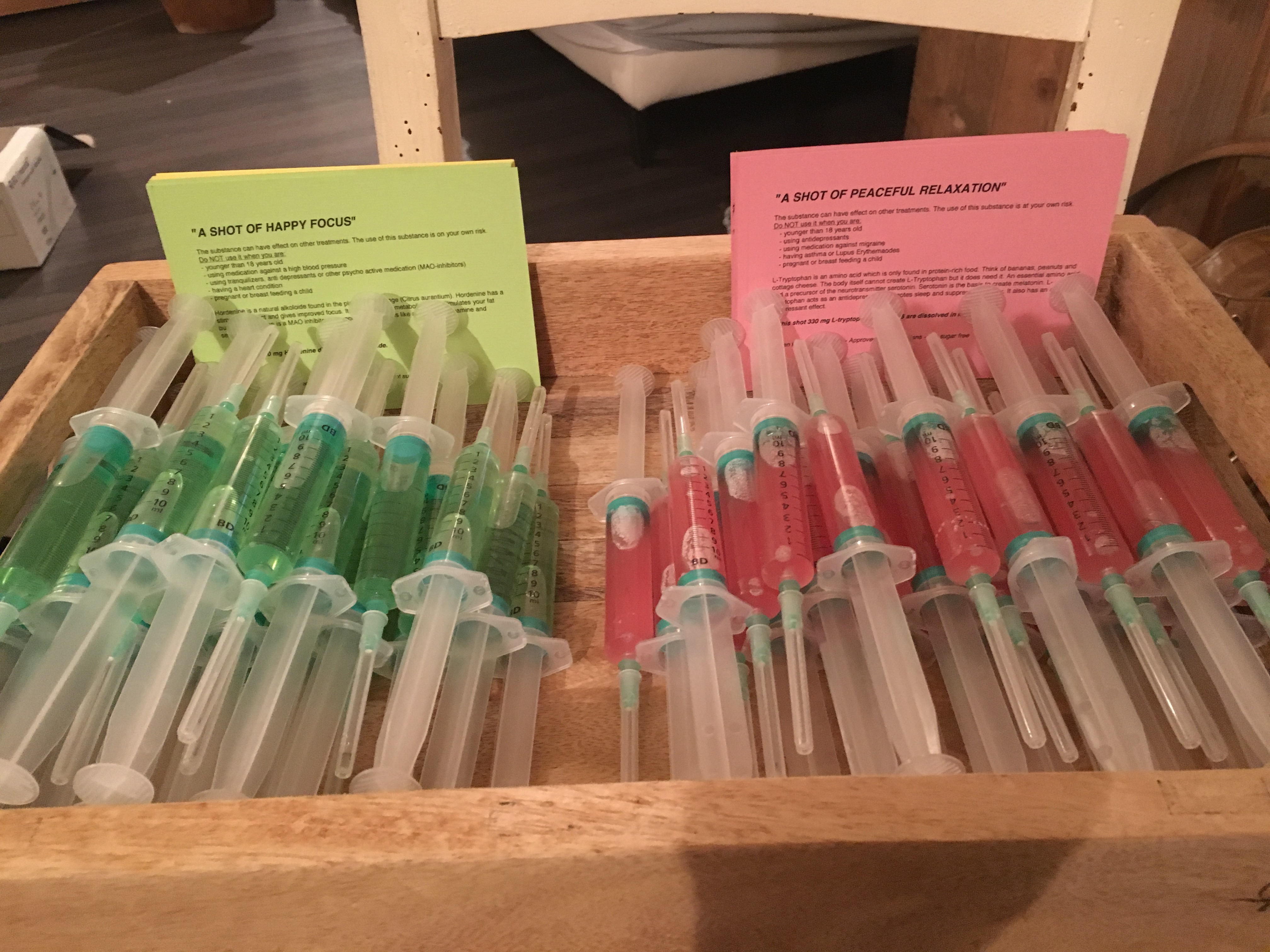 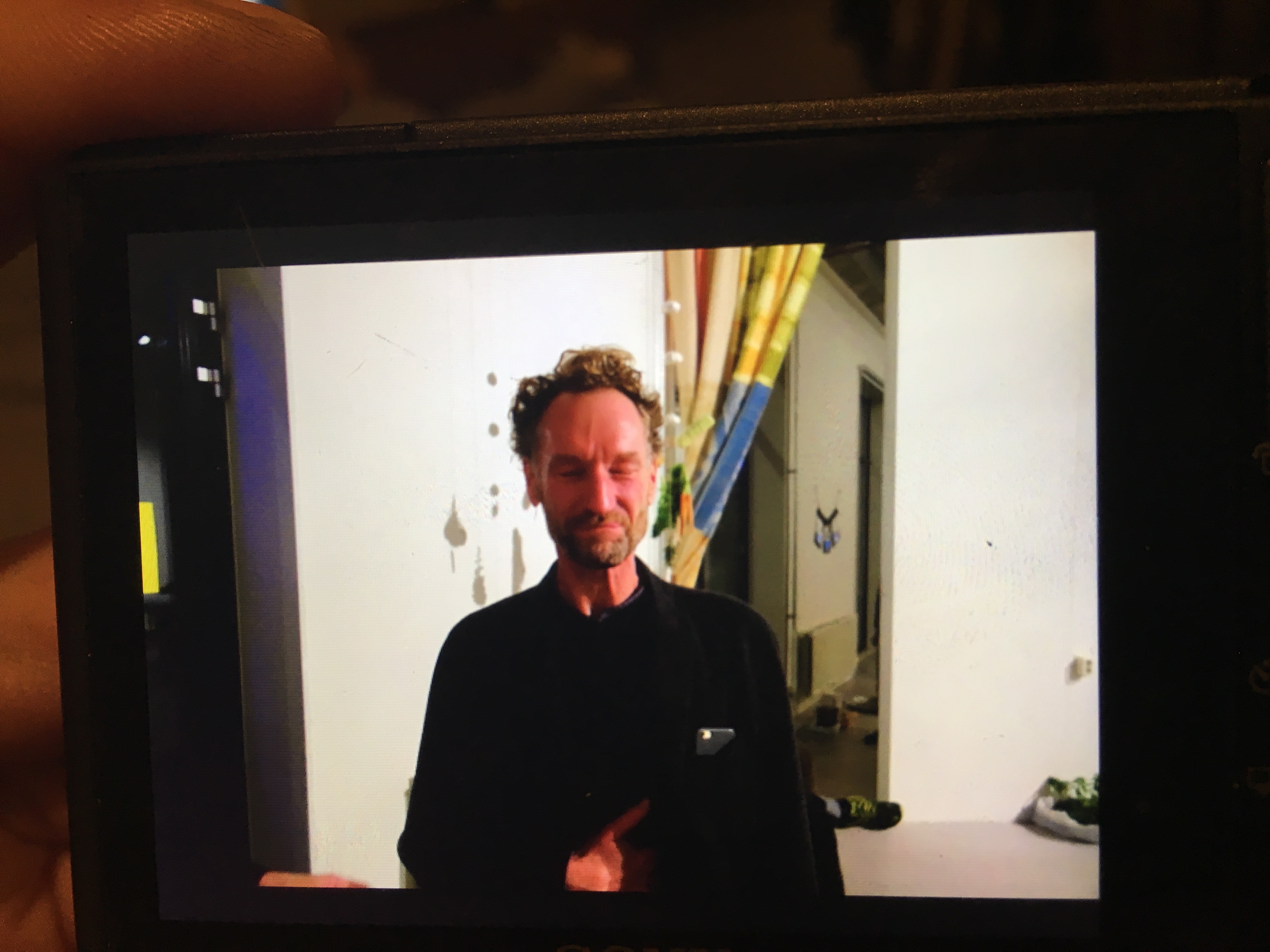 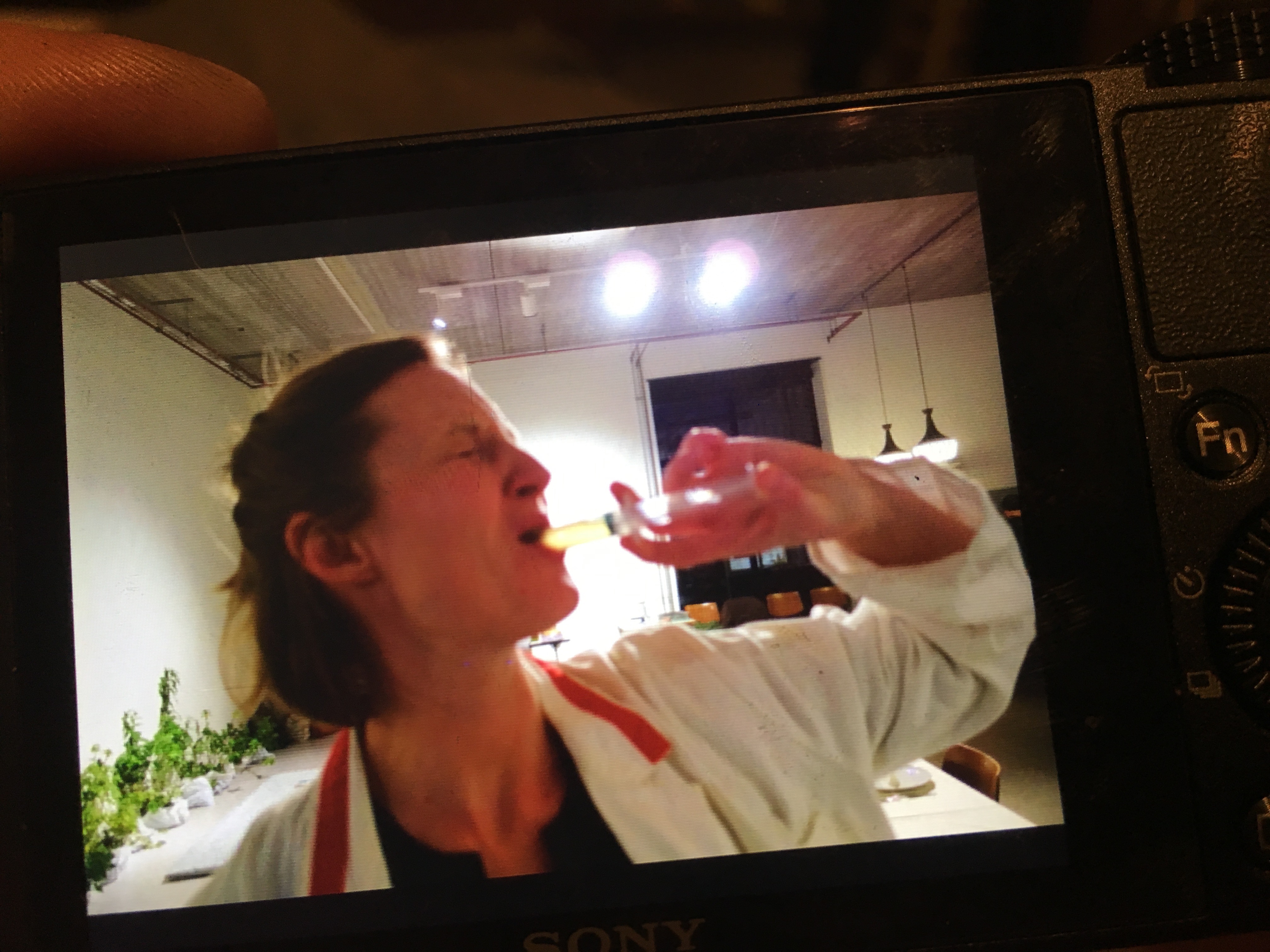